Testing beyond the borders of systems and organizations

The complexity of systems is increasing, they are connected to each other and automation is common in our daily life and in processes both inside and outside organizations. Agile development, service-orientated architecture, cloud and outsourcing makes testing the connection between systems more difficult and absolutely
critical.

Testing of interfaces and system integration testing are not new. These tests, however, do not fully cover the high risk of dependencies between processes, actual usage and the systems involved. E2E testing covers these risks by evaluating the business processes in the overall application landscape.

The key factors in End to End testing: 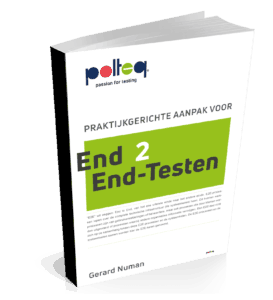 Polteq offers a one-day course that covers these and other aspects of E2E testing in detail. The E2E test approach developed by Polteq is used as a basis. Exercises are done for the most important activities, using realistic scenarios (the participants can bring their own practical examples to the course)

The End to End testers from Polteq are specifically trained and experienced in E2E tests. They know what is required of them, are able to quickly gain insight into the systems and processes and draw up suitable End to End test cases. The E2E testers communicate effectively with stakeholders from different parts of the organization and keep control of the test work in a complex landscape of systems and processes.

An End to End test manager from Polteq excels in communication, persuasion and in keeping an overview. Polteq test managers with years of experience in E2E tests analyze the End to End risks to determine and implement appropriate test measures. They put together effective End to End test teams from different knowledge areas and manage them effectively.

In addition to completing different roles in projects, Polteq can also assist you on a consultative basis. Consultants with years of experience are at your disposal.

We can be of service to you by: