Since 1983 Martin Pol is completely dedicated to the field of Testing. He has played a significant role in helping to raise the awareness and improve the performance of testing worldwide. He has gained experience by managing testing processes and implementing structured testing in many organizations in different branches. With exceptional insight and experience in practical testing issues, Martin is a regarded presenter (keynotes, tutorials and track presentations) at conferences and training sessions throughout Europe, North and South America, India, China and Australia. He chaired the EuroSTAR conference three times. Nowadays he’s frequently asked to present about the innovations in the IT and the related impact for the craft of software testing.

Martin was responsible for the creation of the structured testing approach TMap® (Test Management Approach) and the Test Process Improvement model, TPI®. Both TMap® and TPI® have become world standards, they are being applied by numerous organisations. Books of both methods have become available in Dutch, German, English, French, Japanese and Chinese. Martin co-authored the best-seller “Testing Cloud Services”, published by Rocky Nook Inc., USA (2013). This book is also available in Dutch, Chinese and German. 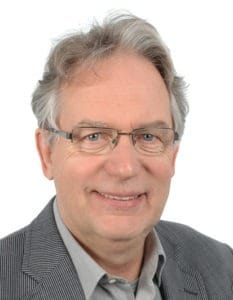 In 1997 he founded the Dutch association for IT testing professionals, TestNet, which he presided for 5 years. In 2002, he was appointed Honorary Member of TestNet. With almost 2000 members TestNet represents a respected cornerstone in today’s Dutch IT-landscape.

On account of his special contribution to the European testing industry, Martin Pol was the first to receive the European Testing Excellence Award in Munich, Germany, in 1998.

In 2000 Martin Pol, together with his colleague Marjolein Steyerberg, established Polteq, a company providing international services in the area of testing. Under his management and also due to his vast knowledge of the testing industry and his view on future developmental issues, the firm has grown from 2 to 150+ employees in The Netherlands and Belgium. Because of the excellent growth Polteq was awarded with the prestigious FD Gazelle Award in 2008.

In 2010 Martin Pol received a Royal decoration for his important role in the development of the structured testing of IT systems in the Netherlands.

Since Martin handed over the general management of Polteq in October 2012, he spends a lot of time in studying the innovations in the IT and the effect of that for the business and testing in particular.

In the last two decennia Martin has also played an important role in the development and implementation of testing in emerging economies such as India, Brazil, Mexico and China.